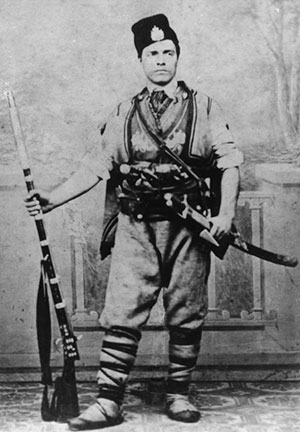 There are seven photographs of Vasil Levski, proved to be original and have become very popular.

The earliest photograph of the Apostle was taken in August 1867 in Belgrade, after the crossing of Panayot Hitov’s detachment from Bulgaria to Serbia, the so called photograph of Levski as a standard-bearer.

It was done by a Bulgarian, who was a court photographer in Belgrade – Anastas Karastoyanov. 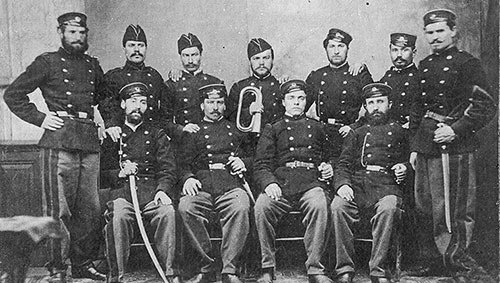 There are two preserved photographs of the second Bulgarian legion in Belgrade (1867-68). They were taken in the end of 1867 or the beginning of 1868 also in Belgrade by the same photographer – Anastas Karastoyanov. On one of the photographs Levski is among other volunteers in the legion. He is sitting, the third from left to right. 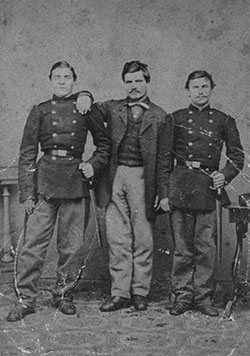 On the other photograph of the legion Levski is with his brother Hristo and his close mate – Hristo Ivanov-Golemia. Levski and Hristo Golemia are dressed in black uniforms of the legion. According to the member of the legion – Mihail Grekov these were the uniforms of the Serbian infantry battalion. An authentic copy of the photograph can be seen in Vasil Levski Museum – Karlovo which is donated by the niece of Levski – Sofia Zidarova.

The fourth photograph of Levski is a full-length portrait and the Apostle wears a white uniform. It is known as “The photo of Levski, dressed in a uniform of the First legion”. This is not correct. The photograph was taken many years later (in the end of 1868 or the beginning of 1869) in the studio of the famous court photographer and artist Carol Szathmari in Bucharest and the uniform was a part of the artist’s requisite. 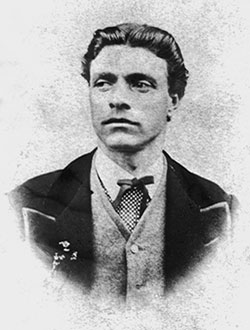 The fifth portrait of Vasil Levski was taken in the summer or the spring of 1870. He is dressed in European urban clothes. This portrait is considered to be the best and most expressive one of all, giving the most real idea of both his physical appearance and morale. 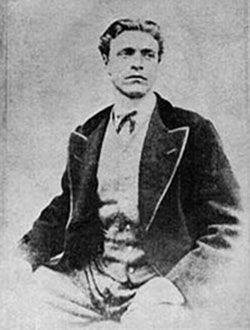 Almost at the same time was taken his sixth photograph, he is sitting in a ¾ lengthand wears the same clothes.

The seventh portrait of Levski’s bust was the most popular one in the past. The Apostle is dressed in civil clothes – a black coat, a shirt, a shirt-front, a white stiff collar and a black tie, modern at the time. Here the Apostle is 35 years old.
The photograph was taken in Bucharest in June 1872 after the important general meeting of the Bulgarian Revolutionary Central Committee. It was used by the Turkish authorities in their efforts to capture the Apostle.
Nowadays, there are 12 known duplicates of these seven original photographs of Vasil Levski.