In 2000 “All Bulgarian Saints” memorial chapel that was built in the memory of the Apostle becomes part of the museum facilities. The erection of a church at this location is not occasional. It is a place which keeps the memory of the Apostle and symbolizes the national identity and pride. Due to his possession of quite remarkable Christian features, Levski takes his place as an Apostle in the so called by him “Temple of Freedom”.

The project of chapel’s construction was made by architect Maria Karazlateva and it was financed by many contributors – companies, public organizations, thousands of citizens who visited the museum during its construction.
The iconostasis is made by Yavor Petrov and Marin Kurtev, the icons and wall paintings are done by Vladimir Avramov and Yordan Hristov. The patronal icon, depicting the canonized Bulgarian saints and martyrs, is unique.
It does not exist a similar representation of the notables of our Orthodox church – writers, kings, spiritual guides in our church paintings. Inside the chapel sounds John Koukouzelis’ choir, singing one of the favorite chants of the Apostle.
The Apostle himself cut his hair and cast off the cassock on Holy Saturday (Easter) in Altun chair area in the outskirts of Karlovo. He gave it to her mother and asked her to keep it. Carefully preserved by Gina Kuncheva, and afterwards by her daughter Yana, the hair waspassed to the minister of education in 1907.
The ministry gave it to the Ethnographic museum and in 1942 it waspassed to the General Military Museum at that time – National Military History Museum nowadays. Since 2000 part of the Apostle’s hair is kept in “All Bulgarian Saints” memorial chapel in the museum in Karlovo. 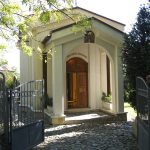 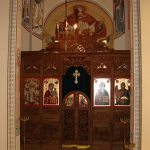 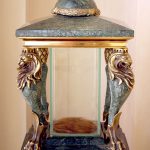 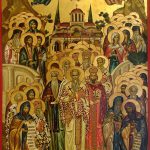 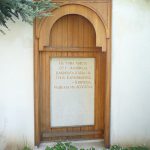