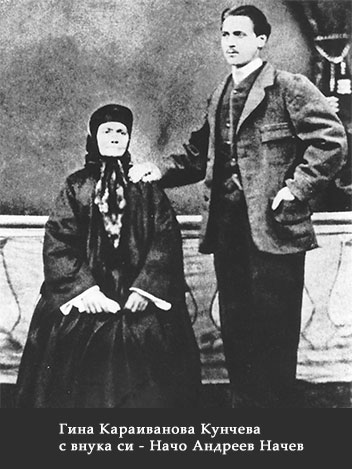 Vasil Levski is a descendant of old families from Karlovo: Karaivanovi from the maternal lineage and Kunchevi from the paternal lineage. Among the ancestors of the Apostle are many proud and rebellious Bulgarians – Dragoy, Vidul, Krastil, Varli Gyiro, Ivan Tahchiev, Gencho, Vasil Karaivanov.
The paternal grandfather of Levski – Kuncho, who was a dyer, had five or seven children (according to other information) who left a large offspring.
There is more information about the relatives of Vasil Levski from his maternal lineage. Kara Ivan Tahchiev, who made stone pavements – “kaldaram” and fountains, is known to be the founder of the family. Apostle’s grandfather Vasil Karaivanov brought up eight children – four sons and four daughters, one of them was Levski’s mother – Gina.

The marriage of Kuncho Vidolov’s son – Ivan with the daughter of Vasil Karaivanov – Gina brought those two respected families in Karlovo together and created one harmonious family. They had five children: Vasil Levski, his two brothers – Hristo (around 1840-1870) and Peter(around 1844-1881) and his sisters – Yana (around 1835-1913) and Maria (around 1847-1851).

Both brothers of the Apostle had a rebellious and freedom-loving temperament like him and shared the wretched life of the Bulgarian exiles. Hristo studied homespun tailoring. He worked in the inn of his uncle Gencho Karaivanov, and later in Plovdiv as a trousers tailor. There he brought closer to Hristo Ivanov Golemia. He emigrated in Romania, afterwards in Serbia. He was not approved for the Second Bulgarian Legion because of health problems. He worked as a homespun tailor and financially supported his brother Vasil during his severe illness. After the legion was disbanded he once again went to Romania. He was a close friend with Hristo Botev and introduced him to his brother Vasil Levski. He died of tuberculosis at the age of almost 30 years in Bucharest on 9 April 1870.
The younger brother Peter was so rebellious and disobedient that he was ready to sacrifice his life for the liberation of the enslaved nation. He was a volunteer in Hristo Botev’s detachment but when it was defeated he was captured. He managed to escape on the way to the police office in Sofia. Later he joined the Bulgarian army of volunteers who took part in the Russo-Turkish war.During the battles at Shipka he was seriously wounded. He underwent treatments in Tarnovo and Harkov. He died of tuberculosis in his native town in 1881, three years after his return to the liberated homeland. Due to the physical resemblance between Vasil and Peter, the latter was called Peter Levski. Gina Kuncheva did not see her son after the war. She passed away on 27 January/8 February 1878. 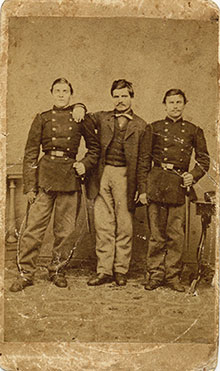 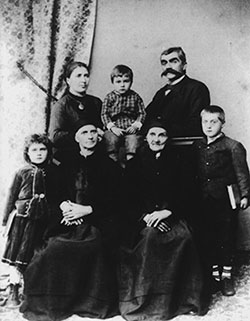 Yana with her daughter Gina and the family
Marijka – the youngest child got sick with smallpox and died in 1851, just a few months after the death of her father – Ivan.
Yana – the eldest of all – took all the responsibilities in the revolutionary deed of the Apostle. He started his way to Belgrade from her home and came back to her after the long way. Without being a member of the secret revolutionary committee in the town, she provided a significant support. Whenever Levski visited Karlovo, he had done his best to see his mother and sister. Yana was the only child of Gina and Ivan to marry. In 1850 she married Andrey Nachov from Karlovo, who was a middle class merchant, a good and a very hard-working man. They had nine children – Nacho, Tota, Gina, Maria, Sofia, Elena, Hristo, Ivan, Elena. 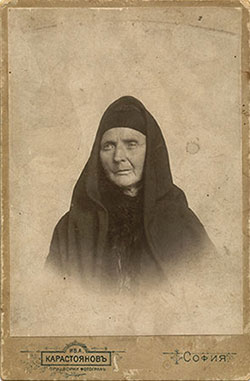 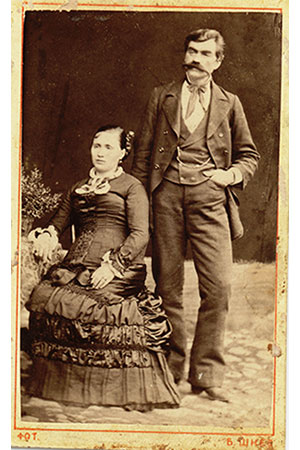 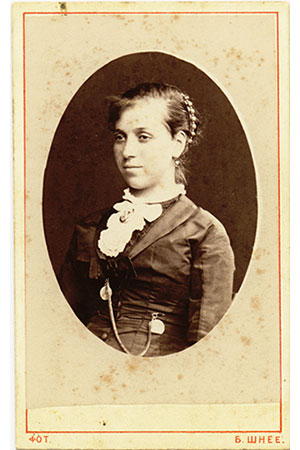 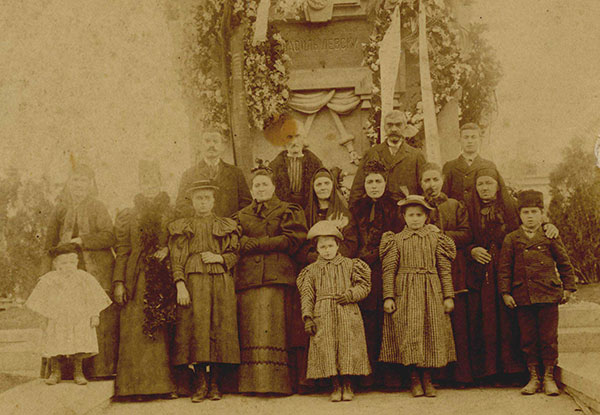 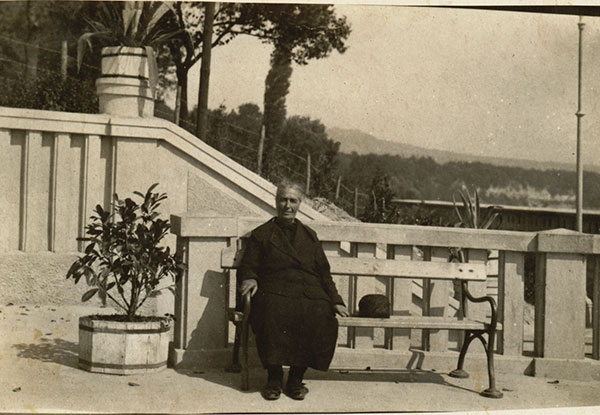 Sofia Nacheva
Their family gave birth to 55 relatives of the Apostle. Nowadays 22 of them are still alive. The numerous heirs of his ancestors, of his uncles, aunts, cousins from Kunchovi and Karaivanovi families form an old and a big family of Vasil Levski. Today they live in Karlovo and in some villages in the region, in Sofia, Plovdiv, Pazardzhik, Stara Zagora, and others – abroad. They have established a committee of Levski’s descendents. Many of them have close relations with the Vasil Levski Museum.
Everybody who had the chance to meet them is impressed by their devotion and professionalism, their respectable citizenship, their modesty and high morals. They donate to the museum valuable family relics: Bocho Zagorski – original photograph of Gina Kuncheva and her grandson Nacho, Ekaterina Tomeva – Apostle’s lock of hair and an old family album with about 80 original photographs, Bozhana Pachaurova with her daughters and grandchildren – original photograph of Vasil Levski, his brother Hristo and Hristo Ivanov Golemia…
FAMILY TREE OF VASIL LEVSKI